Delhi is perhaps the most storied of Indian cities. Much has been written about its conquests and rules, its masters and mistresses, the commingling of diverse influences to create the unique ‘Delhi’ culture and idiom. Still, the fact remains that even now, there are shades of the city that many tourists are not aware of.  Here are seven such. The next time you visit Delhi, try to indulge in these experiences. You will come away charmed!

North and West India has a rich history of step-wells, which are scientifically designed storage tanks for water. They were built in many kingdoms of medieval India. Agrasen ki baoli one is believed to have been first built by King Agrasen in the 14th century. Subsequent rulers enlarged the well.

It consists of 103 steps that lead down from the top. The steps keep getting narrower as you go down, until you reach the inky depths of the well. For several centuries, this step-well used to store rain water, which was then supplied to neighbouring areas.

The fact that the stepwell is surrounded by busy roads and modern skyscrapers lends it a schizophrenic air. This is likely to rub off on you, making you feel sandwiched between two different eras. For a structure that is seven centuries old, it is in good shape.

Agrasen ki Baoli is located in a narrow alley off Hailey Road, near Kasturba Gandhi Road in central Delhi. 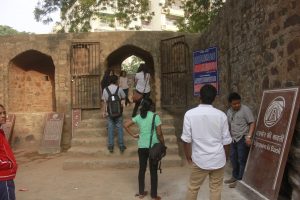 The richest legacy left behind in India by the British is perhaps our railway system. The Rail Museum in New Delhi is a repository of some of the finest gems of that legacy. It showcases the best iron steeds that ever ran on rails in India during the British rule. In that sense, this museum is unique among all museums in India. A fascinating way of looking back at Colonial India.

You can ogle at various models of majestic Glasgow-made steam locomotives and the grand saloon cars of the Maharajas (what symbols of vanity!). The smart livery of the iron hulks and the names of the private railway companies they ran for (Rajputana Railway, Souther Mahratha Railway, Oudh and Rohilkund Railway) evoke a very different map of India indeed!

The museum also has an indoor gallery, with many other items and photos related to Indian railway history. A good way to lose yourself for half a day. 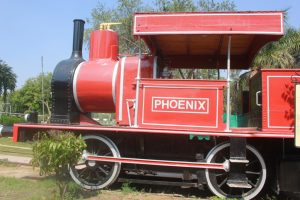 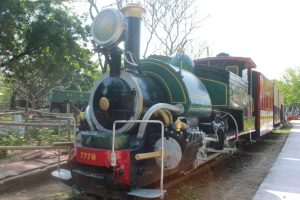 This is gastronomical heaven on the pavement. Delhi has always had a rich culture of street food, and Moolchand Parathewaala is one of the best symbols of that culture. This joint is actually a big cart parked on the pavement, with a few tables and stools laid out for guests. It gets its name from the famous Moolchand Hospital in South Delhi, opposite which it is located. Heavenly parathas with varied stuffings like mooli (radish), anda (egg), aloo (potato), gobhi (cauliflower), dal (lentils), pyaaz (onion) and mixed vegetables are served hot off the griddle, accompanied by the most yummy raita, chutneys, rajma and curd. The mandatory dollop of butter on the parathas will send you into orbit. Moolchand can be a great introduction for travelers to the foodscape of Delhi. 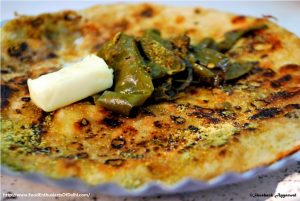 Daryaganj is the walled part of Old Delhi, earlier known as Shahjahanabad (the city that Shahjahan, the Mughal ruler, built). Every Sunday morning, the pavements in this area are taken over by books and book lovers of all hues. This fifty year old book bazaar is an institution patronised by book-lover locals. Here, you will find books of every hue. From first folios of literary classics to the latest releases; from computer science text books to Nietzsche and Camus – you’ll find them all here. A great way to spend your Sunday morning. Afterwards, you can celebrate your rich pickings by lunching in one of the old eateries nearby. 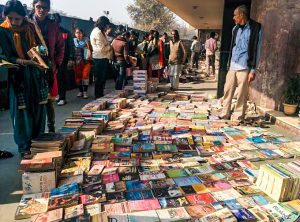 Delhi is the nerve-centre of Hindi and English theatre in India. And the NSD is largely responsible for helping Delhi earn this status. The institute is a crucible of rich acting talent. Throughout the year, it stages a wide range of stimulating plays, giving the audience a fascinating insight into the socio-cultural realities of India. Plays are staged in English and regional languages, though very few travellers to Delhi know about them. The plays are staged in the open air amphitheatre of NSD itself, apart from auditoria around the city. For more information, visit the institute’s website: www. http://nsd.gov.in/delhi/

Literally and figuratively, Shankar Market lies in the shadow of the hyped-up Connaught Place. This small, cozy market offers a mix of excellent Indian-style clothes, North Indian snacking joints and book shops. All at good bargains. Shankar Market lies close to the Barakhamba Station on the Metro line, and is a favoured destination of the more discerning shoppers. 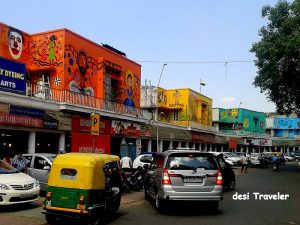 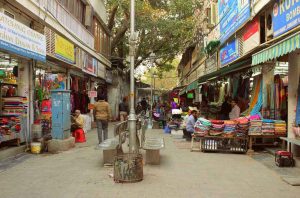 The Qawwali is a form of Sufi devotional music, dating back 700 years. Its hallmarks are the verve and abandon with which the musicians sing, transporting the listener to emotional heights. Qawwalis stress the love of Man for the Divine (or the oneness of Man with the Divine). The effect of the songs is amplified by the robust beats of percussion instruments like the dholak and tabla.

The dargah (shrine) of the 13th century Sufi saint Nizamuddin Auliya vibrates to the notes of joyful Qawwali music every Thursday evening, making for a rousing experience. As the shadows lengthen, a group of sufi singers come together and invoke the Eternal. They are accompanied by harmonium and dhol players, who infuse the tunes with boisterous rhythm. And the crowd goes into raptures. 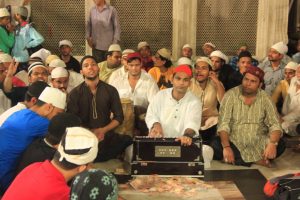 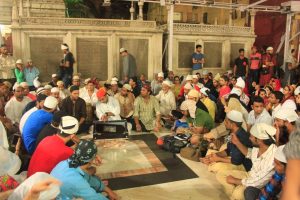